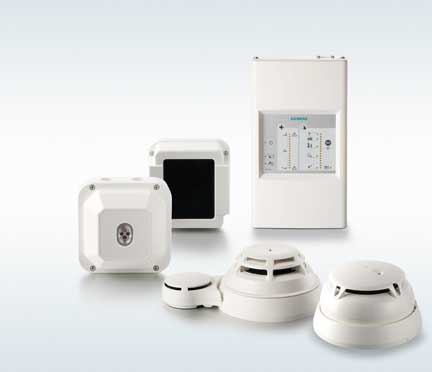 A key aspect of fire protection is to identify a developing fire emergency in a timely manner, and to alert the building's occupants and fire emergency organizations. This is the role of fire detection and alarm systems. Depending on the anticipated fire scenario, building and use type, the number and type of occupants, and the criticality of contents and mission, these systems can provide several main functions. First they provide a means to identify a developing fire through either manual or automatic methods and second, they alert building occupants to a fire condition and the need to evacuate. Another common function is the transmission of an alarm notification signal to the fire department or other emergency response organization. They may also shut down electrical, air handling equipment or special process operations, and they may be used to initiate automatic suppression systems.

The control panel is the "brain" of the fire detection and alarm system. It is responsible for monitoring the various alarm "input" devices such as manual and automatic detection components, and then activating alarm "output" devices such as horns, bells, warning lights, emergency telephone dialers, and building controls. Control panels may range from simple units with a single input and output Intelligent Systems represent the current state-of-the-art in fire detection and alarm technology. Unlike conventional alarm methods, these systems monitor and control the capabilities of each alarm initiating and signalling device through microprocessors and system software. In effect, each intelligent fire alarm system is a small computer overseeing and operating a series of input and output devices.

Like a conventional system, the address system consists of one or more circuits that radiate throughout the space or building. Also, like standard systems, one or more alarm initiating devices may be located along these circuits. The major difference between system types involves the way in which each device is monitored. In an addressable system, each initiating device (automatic detector, manual station, sprinkler waterflow switch, etc.) is given a specific identification or "address". This address is correspondingly programmed into the control panel's memory with information such as the type of device, its location, and specific response details such as which alarm devices are to be activated.

The control panel's microprocessor sends a constant interrogation signal over each circuit, in which each initiating device is contacted to inquire its status (normal or emergency). This active monitoring process occurs in rapid succession, providing system updates every 5 to 10 seconds.

The addressable system also monitors the condition of each circuit, identifying any faults which may occur. One of the advancements offered by these systems is their ability to specifically identify where a fault has developed. Therefore, instead of merely showing a fault along a wire, they will indicate the location of the problem. This permits faster diagnosis of the trouble, and allows a quicker repair and return to normal.

Advantages provided by addressable alarm systems include stability, enhanced maintenance, and ease of modification. Stability is achieved by the system software. If a detector recognizes a condition which could be indicative of a fire, the control panel will first attempt a quick reset. For most spurious situations such as insects, dust, or breezes, the incident will often remedy itself during this reset procedure, thereby reducing the probability of false alarm. If a genuine smoke or fire condition exists, the detector will re-enter the alarm mode immediately after the reset attempt. The control panel will now regard this as a fire condition, and will enter its alarm mode.

With respect to maintenance, these systems offer several key advantages over conventional ones. First of all, they are able to monitor the status of each detector. As a detector becomes dirty, the microprocessor recognizes a decreased capability, and provides a maintenance alert. This feature, known as Listed Integral Sensitivity Testing, allows facilities personnel to service only those detectors that need attention, rather than requiring a labour and time consuming cleaning of all units.

Advanced systems, such as the EST incorporate another maintenance feature known as drift compensation. This software procedure adjusts the detector's sensitivity to compensate for minor dust conditions. This avoids the ultra sensitive or "hot" detector condition which often results as debris obscures the detector's optics. When the detector has been compensated to its limit, the control panel alerts maintenance personnel so that servicing can be performed.

Modifying these systems, such as to add or delete a detector, involves connecting or removing the respective device from the addressable circuit, and changing the appropriate memory section. This memory change is accomplished either at the panel or on a personal computer, with the information downloaded into the panel's microprocessor.