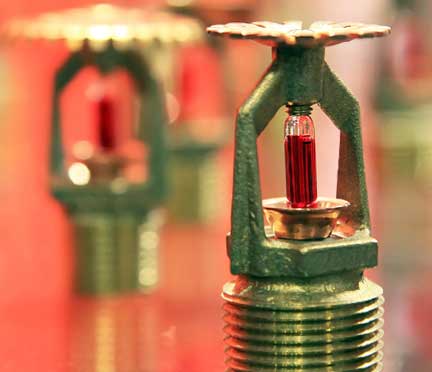 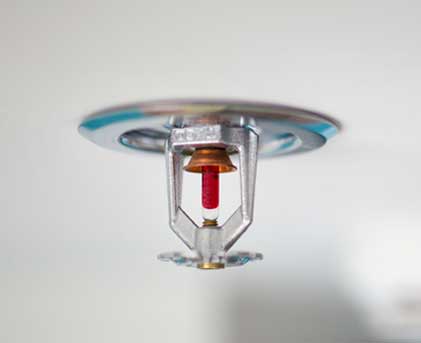 Fire Hydrants, or hydrant outlets, are installed within the building to enable firefighters to connect their hoses to a water supply to fight fires. Fire hydrants may be of the dry type which are empty in normal situations, but are charged with water supplied through fire brigade’s pumping appliance to the inlet at ground level in the building perimeter during emergency. Alternatively, they may be kept full of water and supplied from tanks and pumps in the building. Normally, the wet fire hydrants are also coupled with fire service inlets. These are located at the perimeter of the building to enable water from the external source to be fed into the building via the fire brigade’s pumping alliance. Building height generally determines which type is used.

It is also important in the planning stage to ensure that an external source of water supply, such as street hydrants, is within reasonable distance from the building. The fire service should not have to travel far for an external water source.

This is the use of first aid fire fighting equipment such as hose reels accompanying the manual alarm call point, the portable fire extinguishers etc. They are meant to be the first line of defence by the occupants themselves who spot the fire before the arrival of fire brigades and are designed to enable a person with little or no training to tackle a fire in its very early stages.

Automatic suppression systems can either be equipped with their own heat sensing element such as an automatic sprinkler system which operates when the sprinkler head is heated to its nominal operating temperature or are operated by the initiation of a detection system such as a gaseous system which operates by the initiation of heat or smoke detectors.

Automatic sprinkler systems are considered to be the most effective and economical way to apply water from fixed systems. It is designed to act upon a fire at a pre-determined temperature by means of a water spray. It could extinguish the fire or control its spread. The extinguishing mechanism of sprinkler water spray includes combustible materials to prevent further fire spread and displacement of combustible vapour and oxygen steam. The sensitivity of the sprinkler heat is dependent on the nominal rating of its glass bulb, which varies from 57°C - 260°C and is identified by different colour codes. When considering the increase of the compartment size, or the reduction in passive fire protection systems by using sprinkler systems, the sprinkler system should meet the relevant recommendations of commonly used standards such as BS 5306: Part 2, i.e., the relevant occupancy rating together with the additional requirements for life safety.

The design of a sprinkler system is determined by the hazard classification of the building occupancy. Each category has its own minimum design density of discharge and assumed maximum area over which this design density is to be achieved.

There are four main types of sprinkler systems – wet, dry, alternate and pre-action system. They are normally chosen by the nature of the area to be protected, whether storage of water in the pipework would pose a risk due to process or weather condition, or where the risk of accidental discharge is to be eliminated.